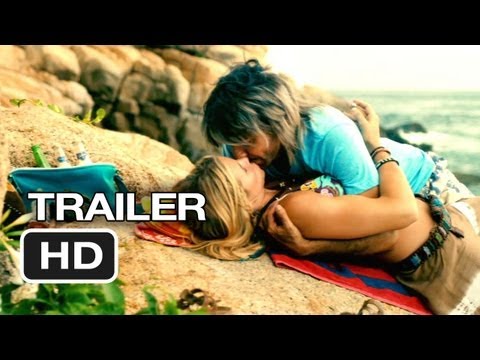 First we had Hollywood. Then came Bollywood.  Now comes Latinowood, or something like that. I know it sounds silly, and perhaps it will go by another name, or none at all, but all the statistics are pointing that way– from basic demographic figures and changes in the U.S., to movie viewership trends in the U.S. in recent years, and finally to the startling popularity of films such as Nosotros Los Nobles or We Are the Nobles, which raked in over $110 million in its first three weeks, and most recently, Instructions Not Included, which has apparently made history with its staggering success at the box office.

There are a lot of reasons for the success of films such as these, but at the end of the day it comes down to simple economics: supply and demand. We are living in a time when Latinos are becoming less of a minority and more of a majority in the U.S. And as time progresses, we are smarter or at least more educated and acculturated. Because of this, we have also often been referred to as the “sleeping giant”. Politicians realized this first. Then came marketing agencies and the advertising industry. Initially seeing us as voters and then as consumers. Now we are also movie actors, film makers, producers, and above all else, movie goers and a primed audience. Going to the movies and watching movies with friends and family has been, and continues to be, a favorite past-time for us.

Needless to say, TV is changing, too, taking baby steps  with shows like Modern Family and Devious Maids. And these are barely scratching the surface in their exploration of Latino culture. But at least they are prime time.

I’m excited about what the future holds, and intrigued by all the new film trailers that speak to me in Spanish and in English. With all that said, just like with anything else, I’ll also be looking for quality out there! Though I agree that films that are bilingual are both stimulating and easy to digest for a “bicultural” like myself, I also hear way too much Spanglish on the radio than I would like. And I’m not a fan of broken English, bad Spanish or vice versa! Needless to say, the truly artful and memorable pieces, will most likely also be balanced, offering a mixture of Spanish and English cultural and linguistic references for burgeoning Latino, Latino American and American audiences everywhere.

Finally, all this comes in the midst of a continued digital revolution, which makes all these entertainment, technological and demographic changes, still all the more interesting.